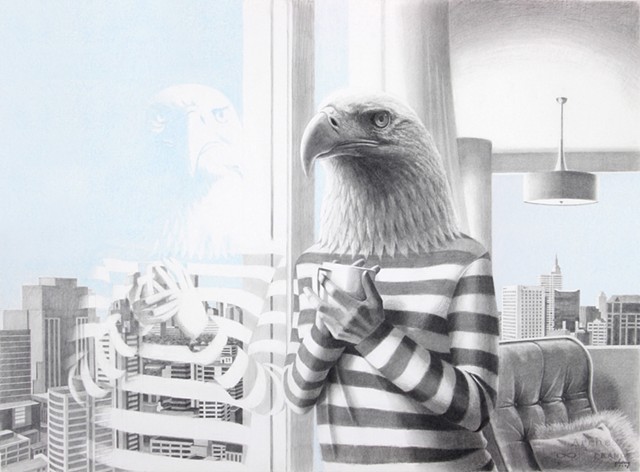 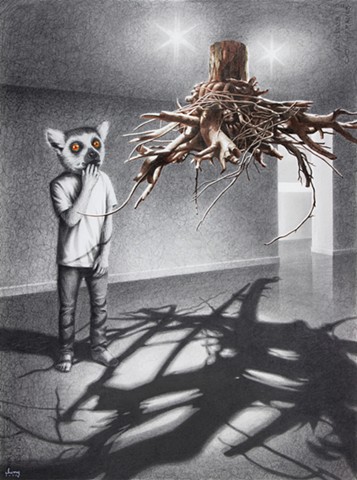 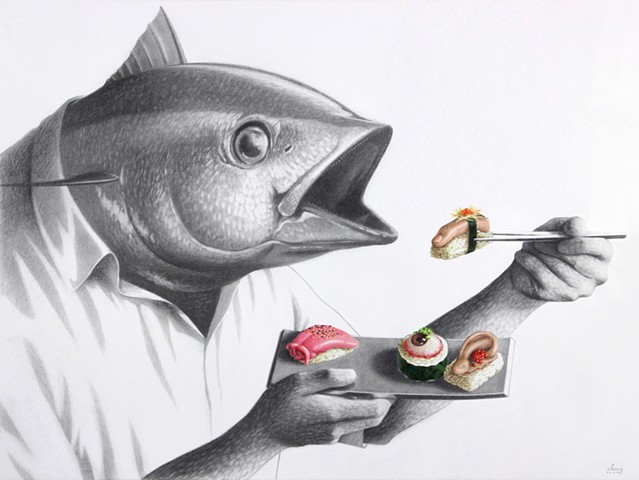 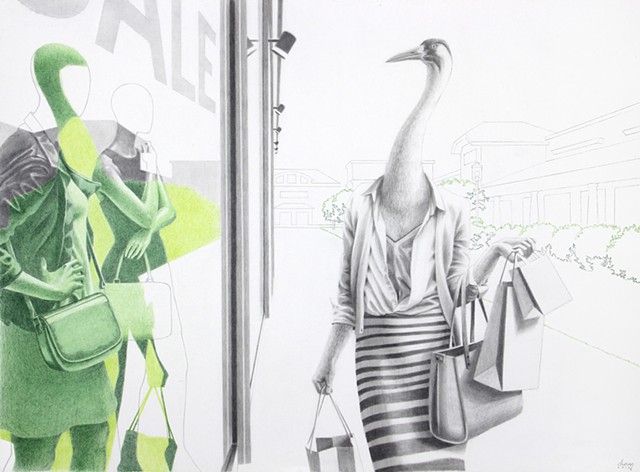 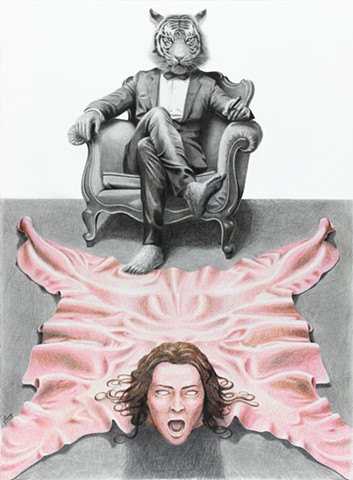 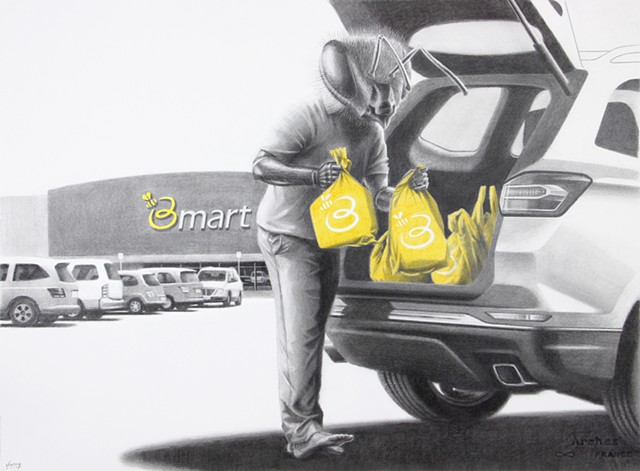 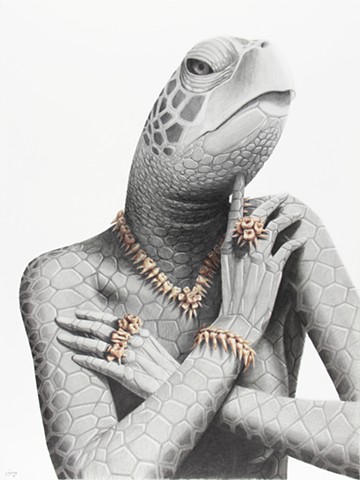 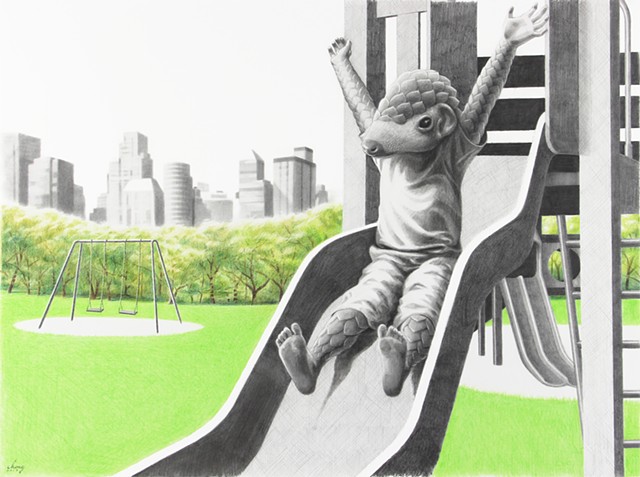 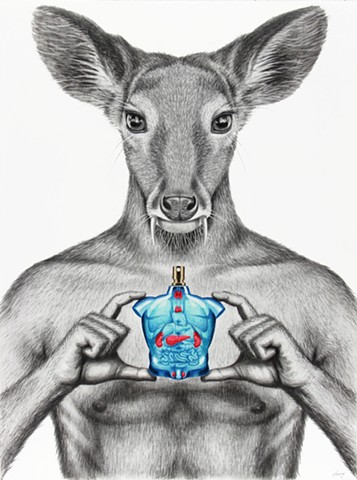 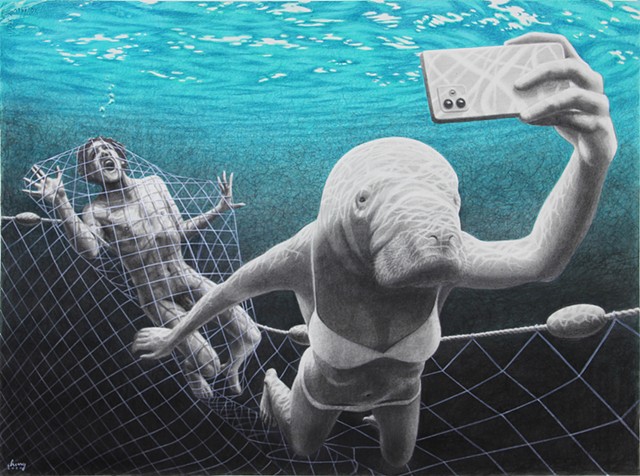 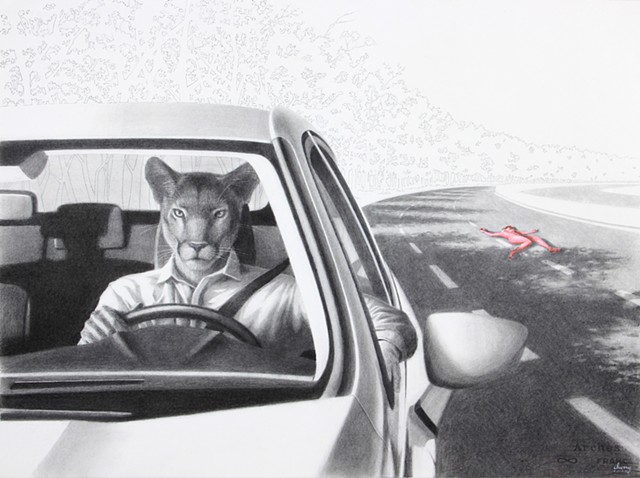 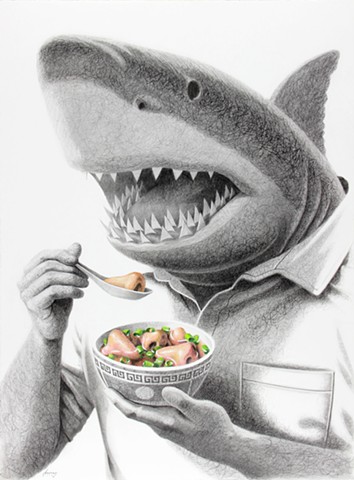 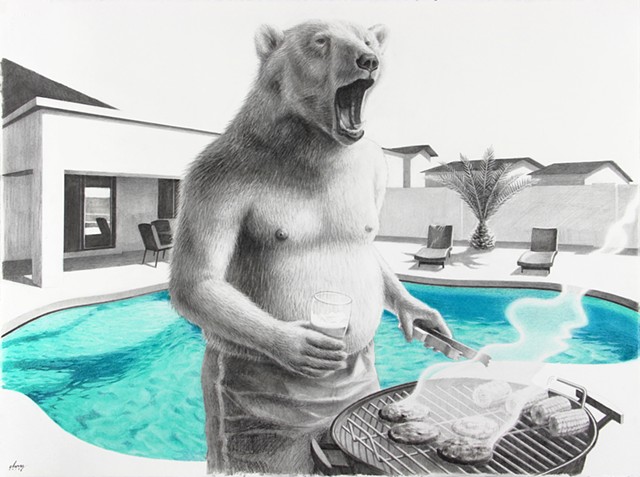 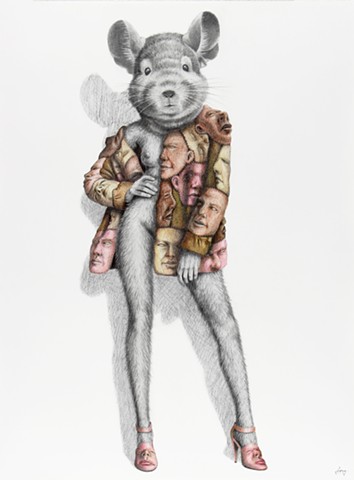 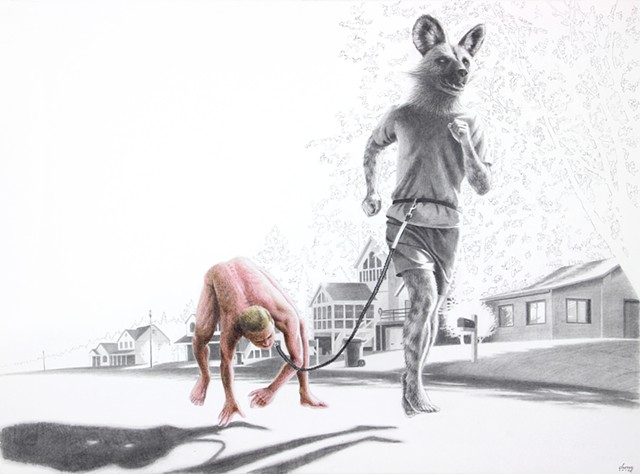 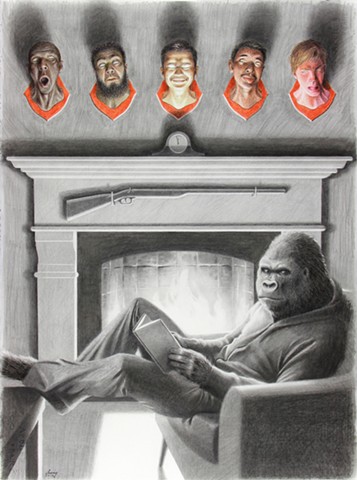 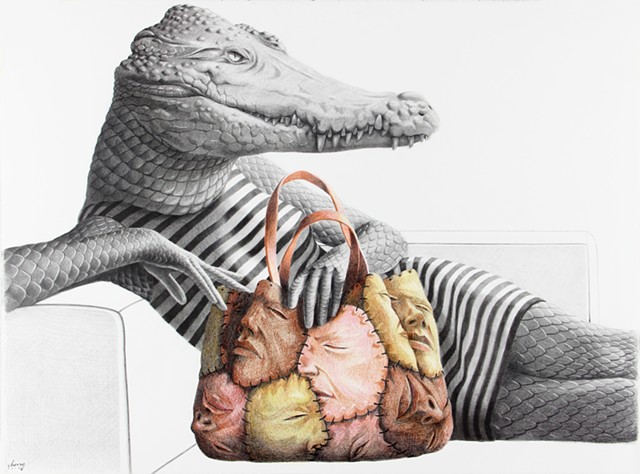 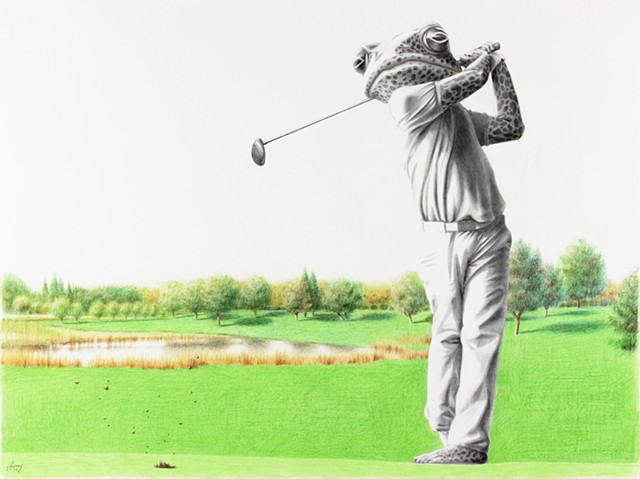 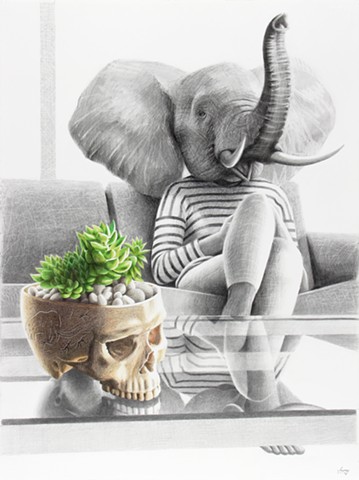 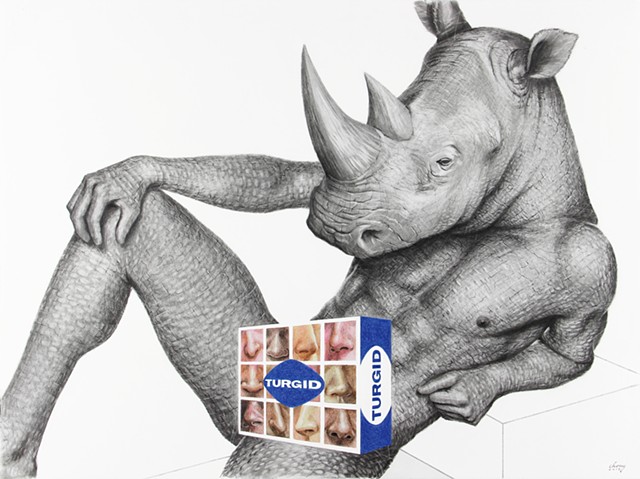 In the US alone, one in four animal species is under threat, from the tiny bee to the massive manatee. And yet, the Trump administration rolled back environmental policies; for instance, by limiting federal funding to the Endangered Species Act (ESA). My body of work highlights local and non-local species at risk. This is a global issue, which is reflected by the animals in the series. They are portrayed as majestic and beautiful creatures, as if they belong on the cover of magazines. Graphite and colored pencils allowed me to emulate the alluring and tantalizing style of corporate advertisement. Following one graphic marketing technique, I used black and white as a set up for color to highlight products for consumption, lack of natural habitats, or conceptual props.