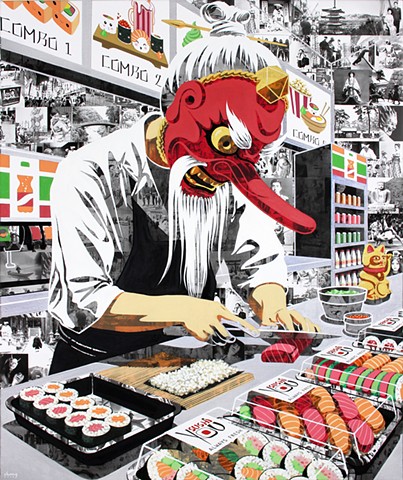 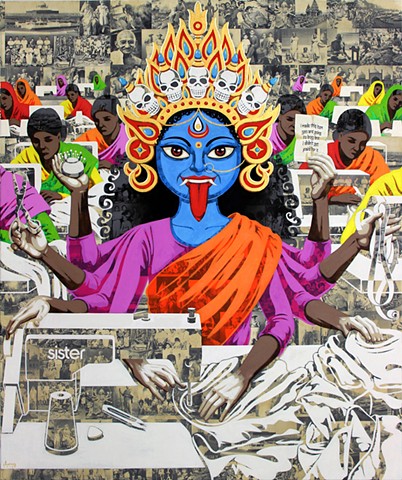 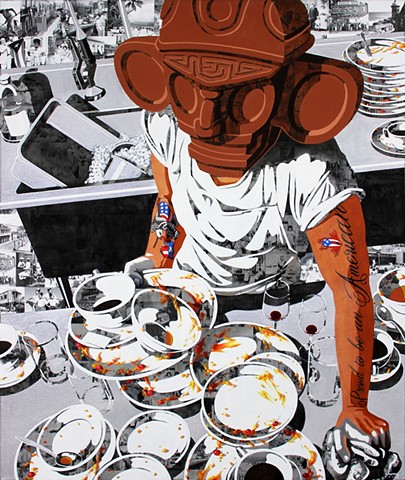 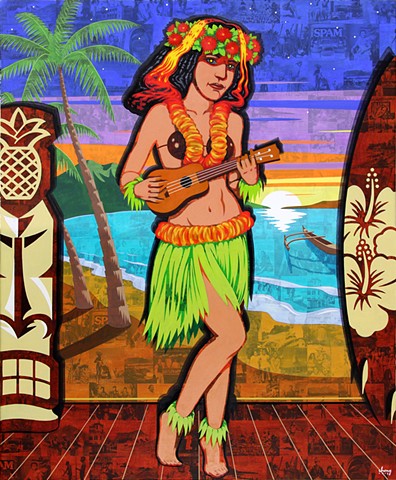 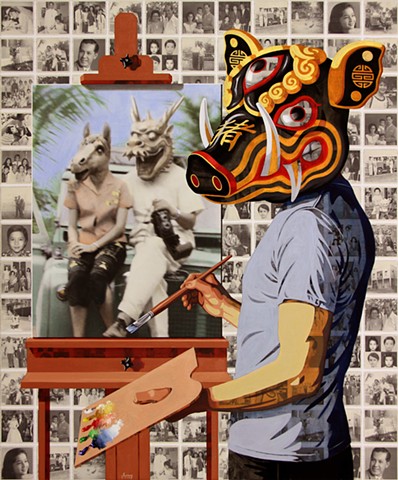 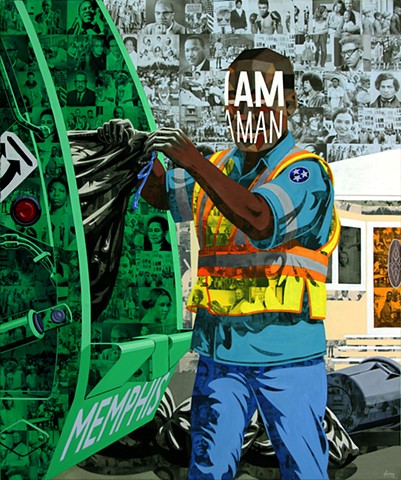 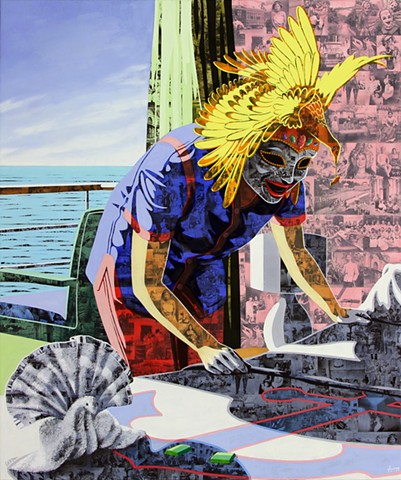 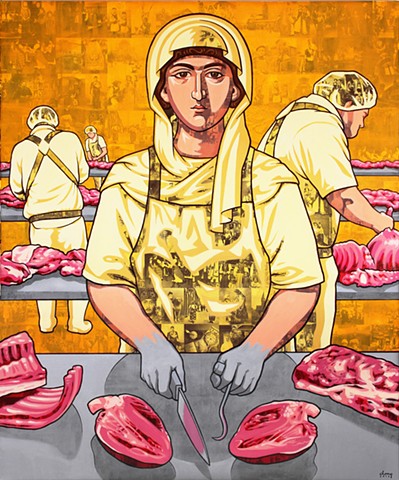 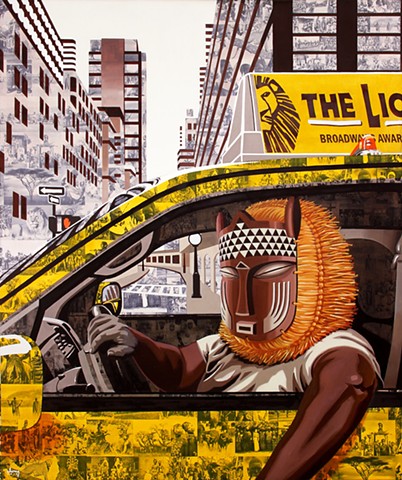 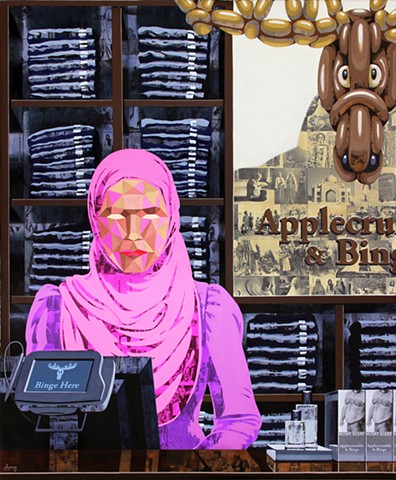 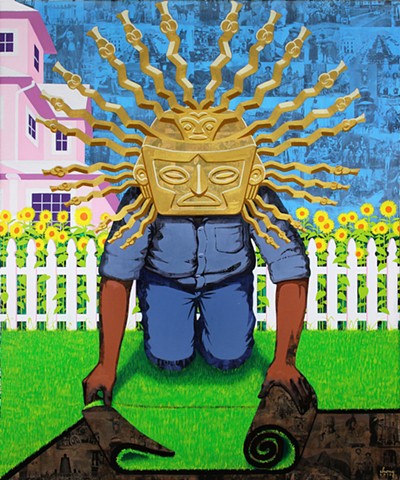 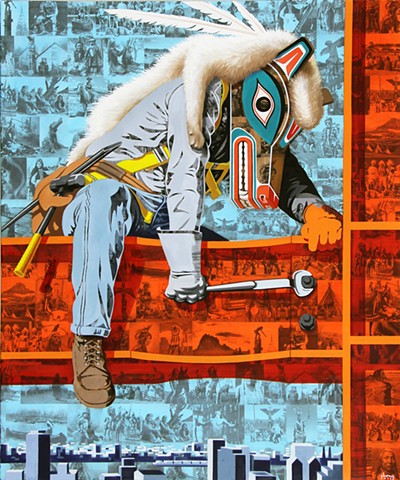 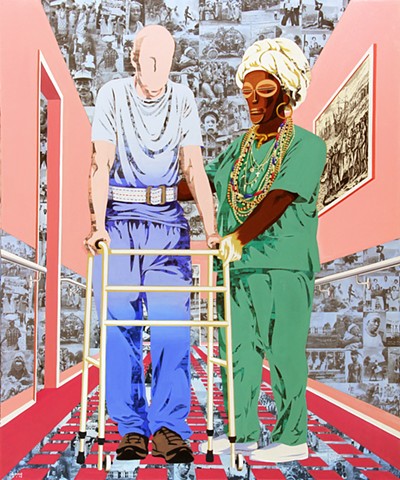 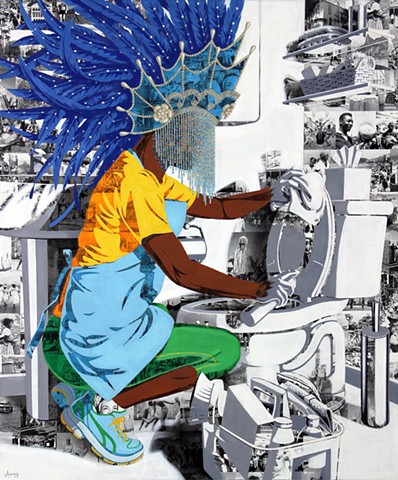 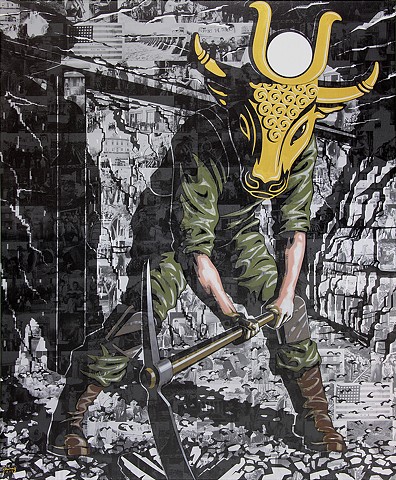 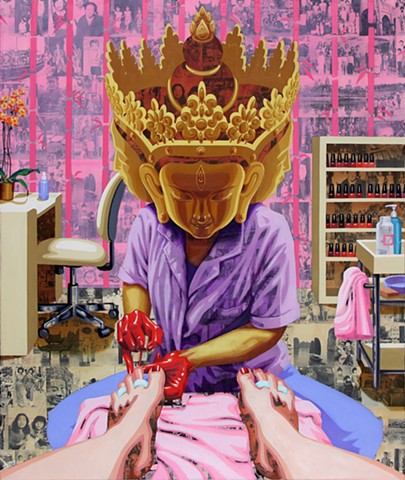 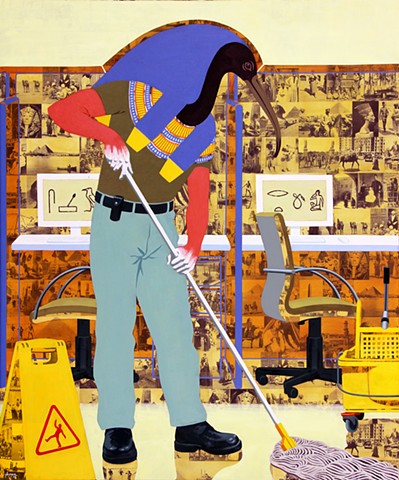 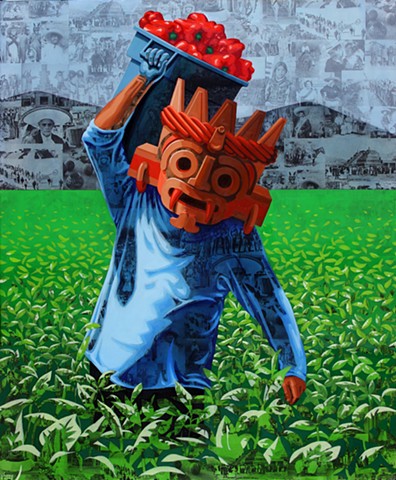 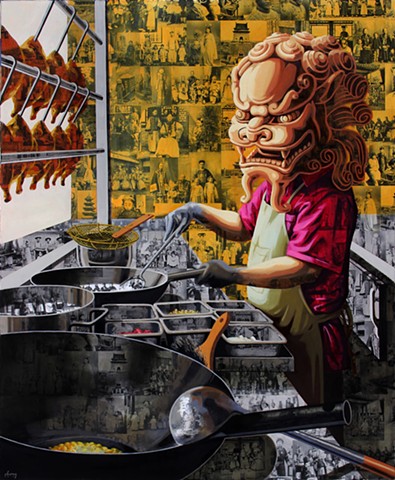 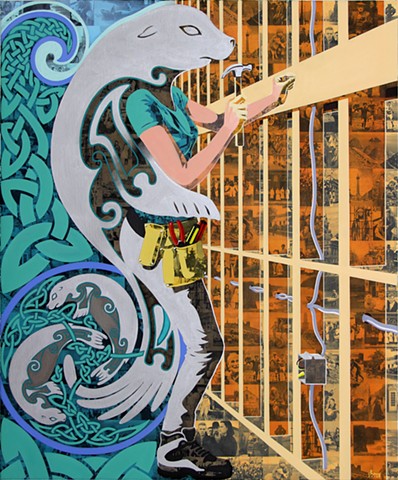 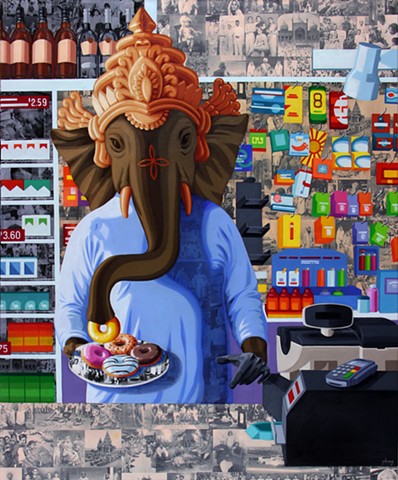 Article 23 of the Universal Declaration of Human Rights states, “Everyone has the right to do a job, to a fair wage for their work.” The foundation of the American economy certainly relies on underrated jobs performed by unsung hero-workers. Although the fruit of their labor benefits the American lifestyle, society fails to see and value the individual employee; his or her existence is taken for granted as a cog in the machine. My paintings make visible those who are invisible by honoring them in their humble activities, instead of depicting them as victims or second-class-citizens.

Unglamorous jobs are performed by members of the lower social class; immigrants are included in this by default. Tapping into surreal aesthetics, my work features spiritual and mythological entities taking human form in the bodies of hard-working individuals. Their heads represent powerful symbols from different cultures. Underneath each painting lies a collage of photos that could have been taken from each worker’s photo albums. These vignettes show the richness of each culture, and sources of pride: vintage family pictures, folk traditions, patriotic festivities, religious ceremonies, landmarks, traditional dress and dishes. This background signifies the very fabric of cultural identity and individual self-respect.

Delving deeper than just outward looks, we can discover that underrated workers are endowed with a cultural wealth that could be a source of enrichment for all. When social tension based on ignorance and prejudice is running amok, my goal is to bring forth a perspective that invites us to view them in a different light.