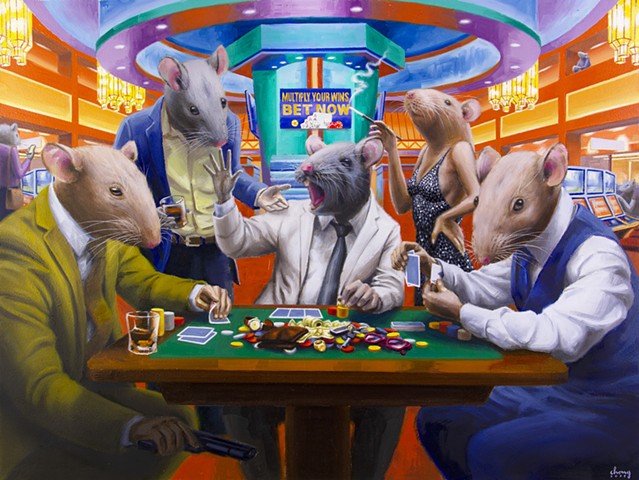 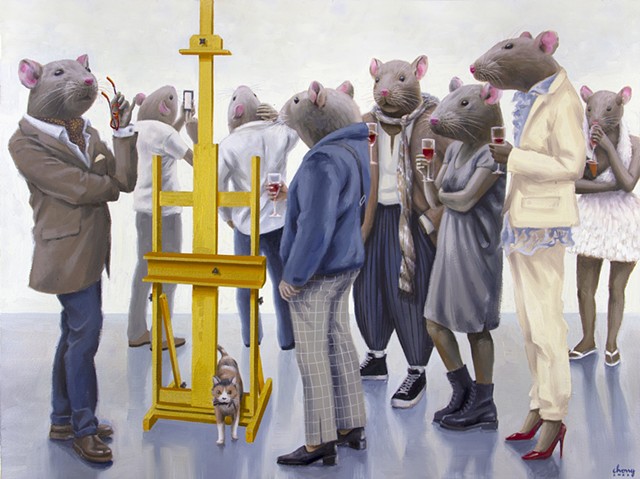 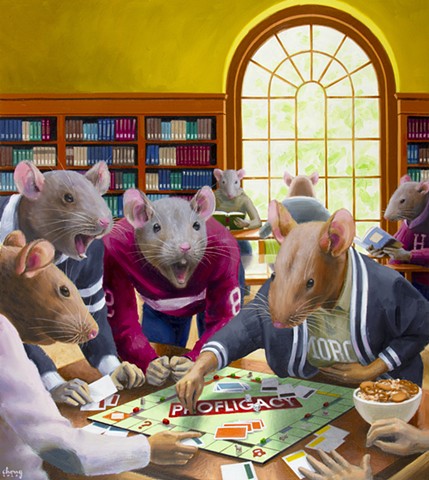 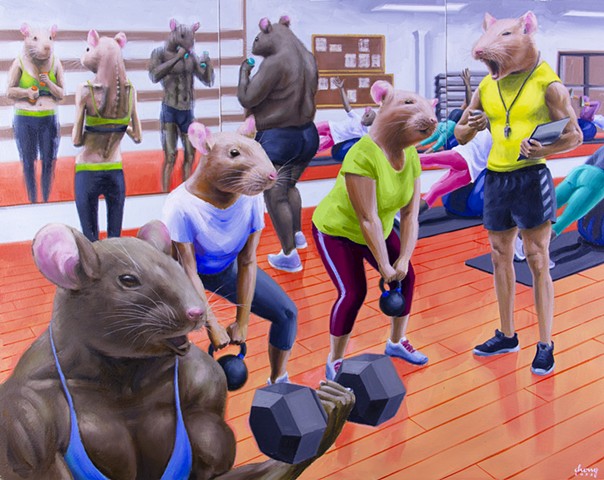 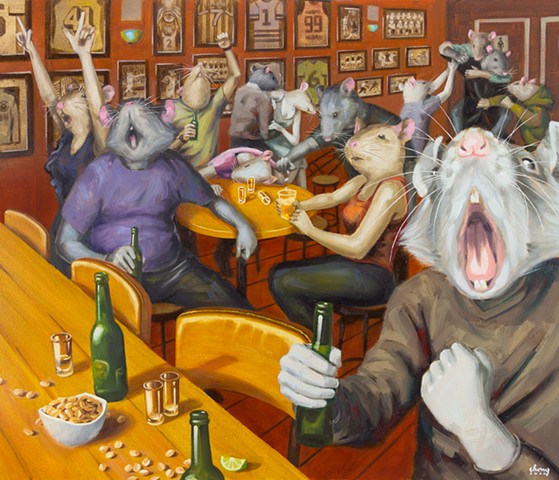 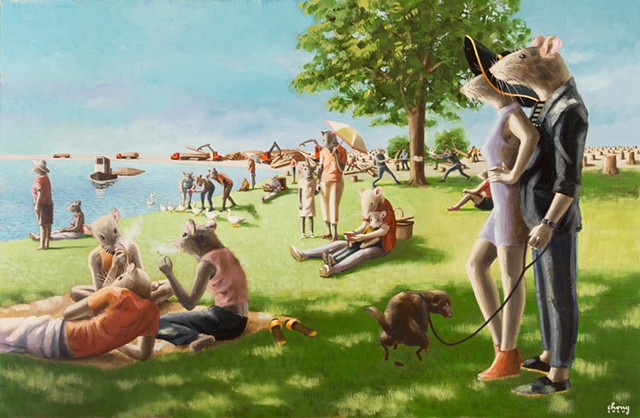 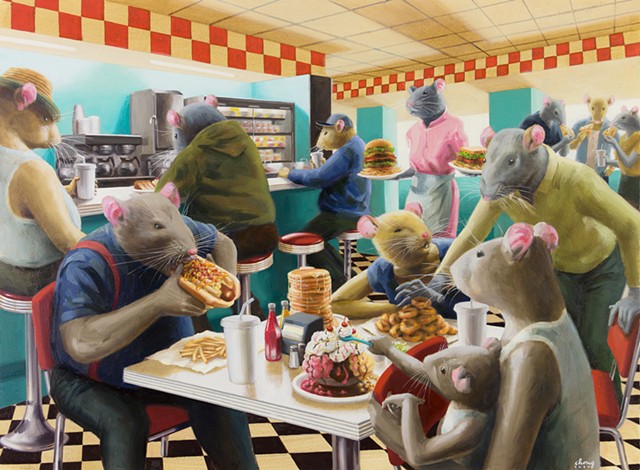 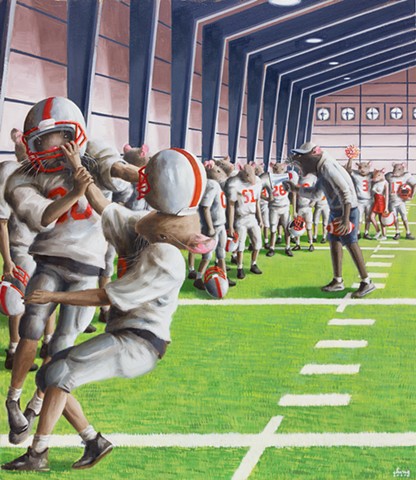 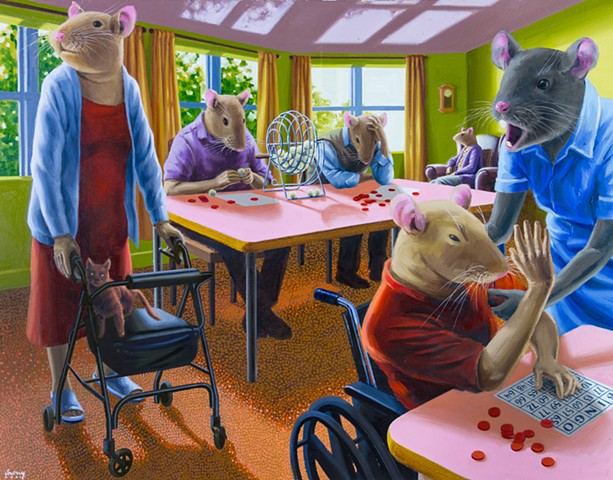 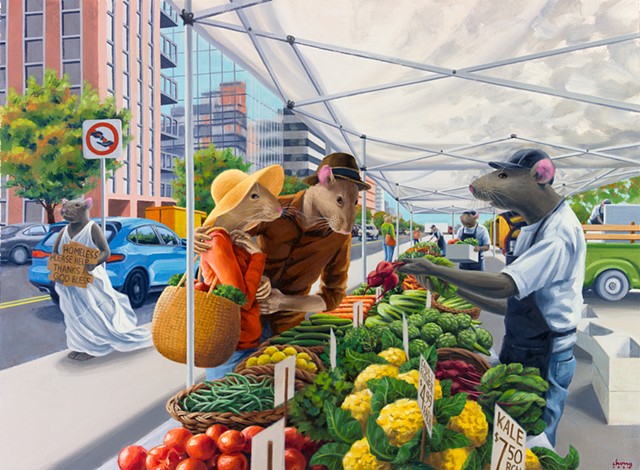 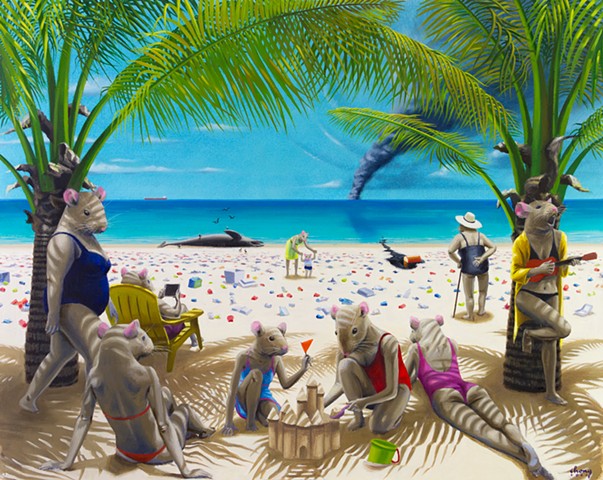 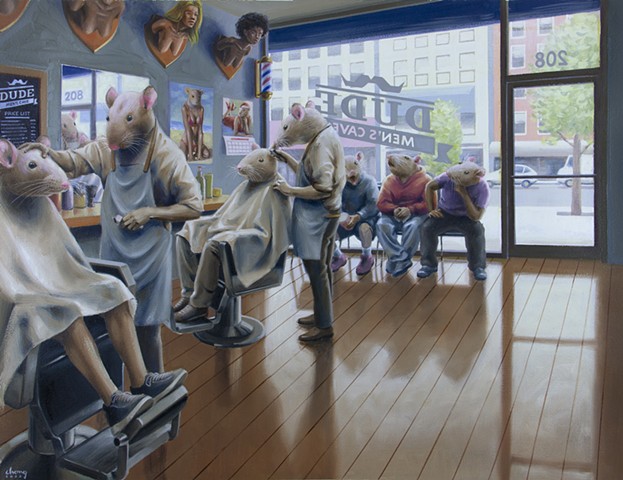 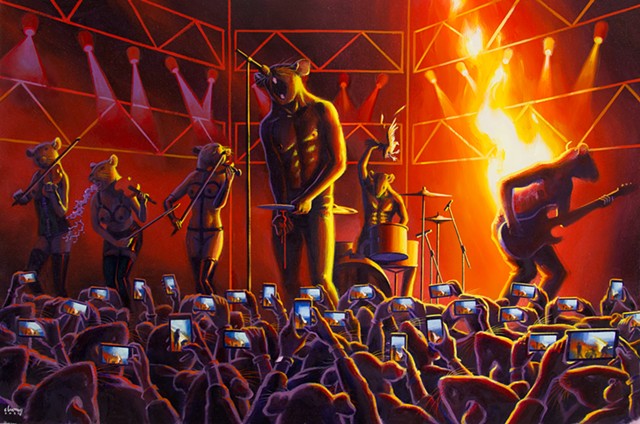 During the lockdowns of 2020 due to Covid-19, people around the world yearned for “third places”. This term connotes physical locations where individuals spend time between home (‘first’ place) and work (‘second’ place). In these third places, people exchange ideas and build relationships. Parks, recreation centers, hair salons, gyms and fast-food restaurants are examples of third places. Over a century ago, similar spaces became the subject of painting when Europe enjoyed the benefits of the post Industrial Revolution. In particular, the transformation of Paris during the late-nineteenth century became the catalyst of the Impressionist movement. Impressionist artists captured the rampant prosperity and social change in images of places that people shared and enjoyed together. These public sites ranged from boulevards, avenues, and parks to café concerts, theaters, and bars.

For this ongoing body of work, I used celebrated and lesser-known Impressionist paintings as a departure point. I am not channeling the Impressionist aesthetic ideas of trying to depict light and fleeting moments, but rather I am using their compositions to visually comment on contemporary third spaces. Furthermore, instead of attempting to emulate the trademark Impressionist brush-strokes of Monet, Van Gogh, Renoir, or Seurat, I pursued a layered and detailed painting application that might recall children’s books illustrations. But while I am not depicting cute bunnies in pretty environments, my third spaces are inhabited by rats.

Almost by default, rats have stood for bad things as they transmit deadly diseases to humankind. Rats were involved in the Black Death that killed millions in Europe in the fourteenth century and in the annihilation of indigenous tribes in the Northeast of the USA with the arrival of foreign colonizers in the sixteenth century. In the fictional novel The Plague, Albert Camus describes an epidemic in the Algerian city of Oran where rats are the first to die—their deaths foreshadow the human deaths that follow. In the book as in real life, pandemics strike arbitrarily without regard to social status, age, race or gender. People are vulnerable to being randomly exterminated by deadly microorganisms or the actions of fellow humans. At the most fundamental level, human existence is on the edge of what Camus termed ‘the absurd’.

Visually speaking, there is a surreal absurdity in my paintings as I portray rat-people in everyday public environments. At a deeper level, my work taps into a philosophical absurd by showing characters behaving in ways that negate the very essence of third spaces—milieus for community building. Particularly after the Covid-related quarantines, it would be absurd if we have not learned anything about the fragility of human existence and the environment. We can only hope that, as we adapt to a new normal during the ongoing pandemic and we visit third spaces, people would act differently. However, this is a tall order to ask because no one is immune to the absurd. It is intrinsic to our human condition to repeat mistakes of the past and to perpetuate isolationist patterns and a sense of entitlement. Therefore, we are the ultimate plague that is destroying the planet and everything on it.